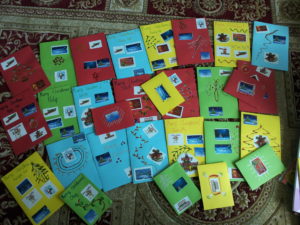 “It’s Merry Christmas eve Mummy!” shouted out my elder son in absolute glee as we headed back home from an early dinner tonight (24th December). Both my sons were so excited to get Santa’s gift the next day that they couldn’t wait to get home and go to sleep! A big refreshing change for me as instead of the usual ‘C’mon boys change your clothes, get into bed’ routine, I witnessed two extremely well-behaved boys who finished their normal bed time ritual and were in their bed in record time. My elder son wanted to write down his wish list for gifts once again. “Too late! Santa would have already bought your gifts and wrapped them,” I told him. The best part was their constant banter in bed. “Santa must be feeding the reindeer right now,” said one. “Yes,” said the other “Because the reindeers have to pull so many gifts, they’ll be tired.” “Can I wait up to see Santa?” asked one. “No,” said the other “Then he will never come. He knows when you’re awake.” “Mummy have you ever seen Santa?” “No,” I replied honestly. “I know….but you are an adult so you can write or talk to Santa. My Daddy talks to Santa!” says my elder one.  In the same breath “Mummy is it ok if I don’t believe in Santa?” “Why?” I asked curiously. “Because my friend says that there is no real Santa and that your parents put the gifts!” I give it a quick thought and reply “Maybe that’s because your friend might not have been good so Santa did not want to buy him anything but his Mummy would have felt sorry and bought him something anyway.” My son did not look too convinced so I continued “It is upto you really what you would want to believe. I want to believe in Santa because he gives me so much happiness. Imagine you wait for him for the whole year, then it’s Christmas time so you decorate the tree, you think about what gifts you would like from Santa you get so excited that you can’t wait for Christmas and when it finally comes you get such wonderful gifts from that thoughtful old man. So is there any harm in believing in him? You haven’t seen God either and yet you do believe in him don’t you?” “Yes!” agreed my son and continued with a laugh “Also it’s too late for you to go to ToysRUs right now, it will be closed…so I know you are not Santa. Yes, I do want to believe in Santa Claus!”

He is 8. Could be another year before his innocence will be replaced by reality, but until then, there is no harm in dreaming, no harm in drifting away into a fantasy world where elves and fairies are working hard to wrap your presents and get them ready on schedule to be delivered by Santa. While we were having this conversation, my younger son is already fast asleep, maybe he is petting a reindeer in his dream-world!You better watch out
You better not cry
You better not pout
I’m telling you why
Santa Claus is coming to town!Merry Christmas to all my readers!!! 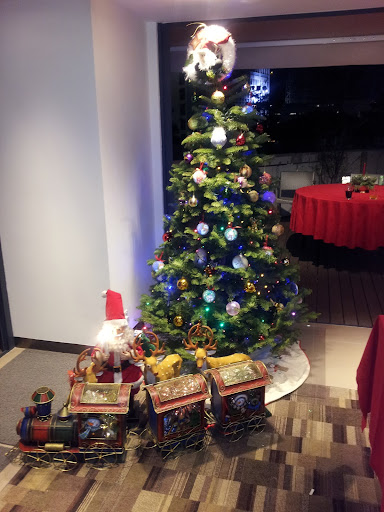