This Tuesday being a bank holiday we decided to have a day out with our friends. Our destination was Tap Mun Island in New Territories. After a car and a bus ride, we had to take a ferry from Wong Shek pier to reach the island. Being a big group of 17 we decided to take the speed boat instead which was much faster than the regular ferry. It was a warm sunny day and after having spent over an hour just getting to the pier, we were all looking forward to get to the island. There were no life jackets handed out not even to the kids but then no one expected them anyway. The kids were too excited to sit still and when the speed boat finally took off at a fantastic speed, the wind blowing in our faces, jets of water spraying past and everyone clutching on to their hats, my mind couldn’t help going back to the terrible ferry tradegy that took place just the night before.

Monday night, October 01, a HK Electric private boat- Lamma IV with over 100 passengers aboard, adults and children, was sailing across to the Lamma island, its passengers in a jubiliant mood to see the fireworks display for China National Day, having no idea what lay ahead in store for them. Around the same time, a public ferry – Sea Smooth sailing in the same waters, during its daily normal operation from Central to Lamma departed from Central and then somewhere in the dark, choppy waters collided straight on with the fateful boat Lamma IV.

It all happened so fast, apparently before the crew or anybody could react, water started gushing in and in minutes Lamma IV started to sink with its bow pointing towards the sky as if to say good bye.
I wonder what kind of thoughts occupy our mind in this near-death situation? While all our body’s natural reflexes would struggle hard to save our own lives, it is our loved ones who we try to reach out to and want to protect during a time of crisis. Is it panic, helplessness or then is it the inner strength that most of us do not even know we possess….what do we feel? Would we stop at saving our loved ones or would we think about saving complete stranger’s life? In a situation like this does caste, religion, language play any importance? I have read some survivor stories. I read about a mother who was struggled to come to the surface but then who jumped right back into the water to bring life jackets from the sinking boat for her two daughters. On her way back up an elderly lady begged for one life jacket, which the mother after a minute’s agony selflessly gave it and headed back under the water to get another jacket. What about crew members? While I am sure they would have to go through rigorous training sessions on emergency procedures, when it actually comes to biting the bullet, are they courageous enough to not think of their own lives, their own families, and endanger themselves for strangers? Apparently the crew in this case were totally shaken and did not have much time to react before the boat started sinking. Thankfully the passengers on Sea Smooth – the public ferry were not harmed but there was enough panic to ask the captain of the ferry to take them back to the shore. The rescue operation was commendable with emergency personnel reaching the spot in 10 minutes and then along with some of the rescued passengers doing a frantic search for anyone they could save. What about the ferry captain? Is he to blame? No matter how many fingers are raised against him, whether it was dark, he was overworked, whether he is liable for punishment or whether the world forgives him or not, one thing’s for sure that this man, who is supposedly a veteran, is never going to forgive himself for this incident. It was just another day at work for him but a memory that might haunt him forever.
38 deaths which I just learnt has turned 39 after a little girl gave in to her injuries at a hospital which takes the toll to 8 children so far and the search still continues. The news is full of the story giving regular updates at http://www.scmp.com/news/hong-kong/article/1054119/dozens-seek-help-counsellors-after-ferry-tragedy-hong-kong 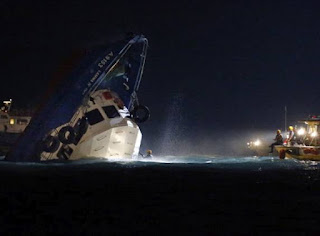 On our way back from the island, we again resorted to a speed boat. The ride was quite shaky and unbalanced this time and by now my mind was over working with possibilities. I had already spotted the life jackets kept stowed under the ceiling, was holding onto both the boys real tight, my eyes focussed on the approaching pier willing it to come faster. Having reached back home safe and sound, I realised how we take life for granted, how we keep planning for the future but how unpredictable life could be. I said a short prayer for all those people who had lost their lives and also for those who lost a dear one in this terrible tragedy and I thank God for giving us one more happy, normal day to live. 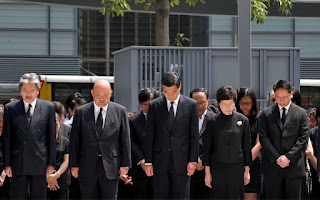