I love travelling, visiting new places, meeting new people, learning about different cultures. Before any trip I like reading about the places I am about to visit, hotel reviews from http://www.tripadvisor.com/ and personal experiences on family travel blogs specially HK-based http://www.jetlagandmayhem.com/ which can provide insights into price/travel options from Hong Kong. While I do have some kind of a plan in mind, I like my holiday  to be flexible and relaxed, so don’t like doing day-to-day itineraries. Of late I also started reviewing hotels on tripadvisor and I was amazed to receive mails from people asking for more information! This encouraged me to blog about my travels which I have done so far for Chiang Mai and Macau talking about our day-to-day adventures. There are some trips that you like to ramble about and some where the differences are so stark that you just want to jot them down quickly, in bullet points. So that’s what I have done for Japan (based on my experience in Tokyo, Osaka and Nara). 11 of the most distinguishing features of this country, besides the unparalleled beauty of course!

1. Silence – the minute you step out of the airport you feel as if you have been transported into a ‘silent’ zone without any warning signs put up. You realise that you are the loudest person around but you quickly get adjusted and start speaking in hushed tones along with the rest. Not the best place to be in if you are accompanied by two energetic children!

2. Politeness – Now we all know that the Japanese are ‘very polite’ people but here I am not referring to the usual ‘thank you’, ‘good morning’, the opening of the door for you kind of politeness. Here ‘politeness’ goes beyond words and actions. Politeness is that hesitation before letting you know that you are on the wrong queue or the wrong train, as if it is almost their fault that you are! Politeness is that hands on the side bowing down from the waist thank you for visiting their shop, although you did not buy anything. Politeness is that patience waiting in a queue without a grumble or a complaint, respecting the sentiments of people around you. Politeness is about how ‘we all’ feel rather than ‘just me’. 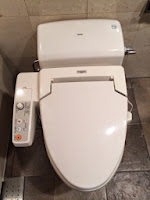 3. Toilet seats – At first glance it looks like any ordinary toilet except the range of buttons provided on the right-hand side. Your first visit to the toilet would certainly be longer than usual as it’s only human to want to explore the menu of buttons provided. Some have the options given in both English and Japanese, but if not the images are pretty clear in what should be expected. The decent sized, comfortable, warm seat and range of “wash up” options should see you coming back for more. One of the things I would have loved to bring back as a souvenir! 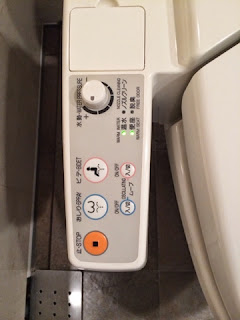 4. Eco-friendly – Unlike the neon blaze that you find in most of Hong Kong giving an impression of day even at night time, Tokyo and Osaka looked pretty dull in most parts with white LED lights. It might not look like party-time everywhere but at least someone is showing due concern for the environment. I was surprised not to find paper napkins or hand dryers in washrooms and even at restaurants tissues were provided sparingly. Toilet rolls were single-ply only in both public places and at 5-star hotels! After the initial discomfort we soon got used to it, took my mind back to my school days when we used to carry cloth handkerchiefs in our pockets! 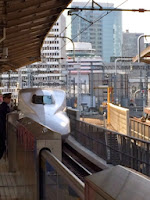 5. Train network – Running across the length and breadth of the country, trains seem to be the lifeline of people as they travel huge distances using this vast and intricate network. The speed of the train and it’s cost is directly proportional to each other as we figured only after buying tickets for the Shinkansen from Tokyo to Osaka! Initially the train system map looked like a 1000-piece jigsaw puzzle but the more we travelled the less complex it became. By the third day travelling by trains seemed to be the easiest mode of transportation and the quickest too!
6. Shinkansen cleaning angels – Besides the high speed of travel that the bullet train offers, there is another little ‘performance’ that one gets to watch if you happen to be on the platform 7 minutes before the train departure time. As soon as the train approaches the platform and the passengers disembark, the clean-up crew of the train, at a precise given signal, enter the train, all wearing their smart and immaculate pink and blue uniforms. Within a matter of minutes, 7 to be precise, they have show to perform. Their task includes checking overhead racks for belongings, scanning the aisles for litter, cleaning the table tops in front of each seat and changing the white cover on seat backs if needed. Oh and did I forget they also have to turn around 100 seat backs in each car to make them face the front of the train! At a 2-minute signal they empty the waste receptacles and join their team mates who have just finished cleaning the washrooms. After a final look the team assemble outside on the platform and give a bow towards the passengers in unison.
7. Vending machines – Found almost everywhere, these coin operated machines can provide you with anything from colas to tickets to even cup noodles! Don’t have change, no problem, as the machine will dish out the exact change. Walk around the city and you will never be more than an arm’s distance from one of these glossy giants. 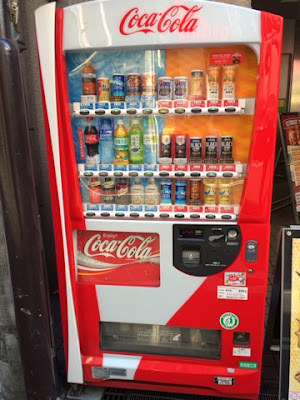 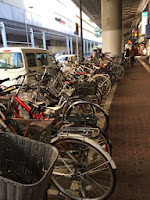 8. Bicycles – another very common feature of the city, the locals seem on live on their bikes as they rode along carrying their belongings in the baskets provided in front or their children in the toddler seats at the back. We had a good time cycling too, though only in a park in Tokyo, it was a cheap and fun way to spend an afternoon with kids as all kinds of bikes from single to tandem to bike with side wheels were available. What surprised me most though is people riding their bicycles on the pavements in Osaka and at a steady speed too. I had to hold on to my 6-year old’s hand as tight as possible all the time!
9. Anti-fog mirror – I did not notice this very simple and effective feature in our hotel bathroom till my husband pointed it out to me. While the rest of the mirror is covered in steam after a shower, the central part remains untouched. Now this can certainly avoid our early morning arguments when the hubby needs a quick shave post my shower!

10. No Trash bins – I found this really strange at first in Tokyo, thinking that maybe I wasn’t looking carefully, till I ended up carrying an empty carton of juice for 40 minutes before I found a bin to throw it in. And this was true in Osaka as well. It was as if some one was mysteriously hiding all the trash cans in the city! I guess people carry their trash around till they reach home, like I did, pockets filled with empty snack packs, straw, paper receipts and what not, as the streets were spotlessly clean. If one is more organised then probably carry a small plastic bag or better still don’t make any waste at all! Actually there is a legitimate reason for trash bins not being there in Japan, read here for more.

11. Language – If I thought that there weren’t enough English translations of Cantonese in Hong Kong, I take my words back. One would be lost without knowing how to read or speak Japanese in Japan. Street signs, instructions at a theme park, even everyday supermarket wares were only in Japanese. They have two different kinds of scripts from what I understand, making it an intimidating  prospect for a non-local at least in the beginning. But again their culture, their ‘politeness’ took over as they went out of their way to make sure that they helped us. Polite gestures and patient non-verbal communication is all that it takes to get the job done. Hong Kong-yan are you listening?