This morning while I was busy making breakfast in the kitchen, our security phone started to buzz. “Delivery for you,” we were told. “Did you order anything?” asked my husband. “No” I replied quite surprised at the early morning call. The courier man arrived with a decent size carton and the addressee was me! That’s when I realised where the parcel could have come from. Now I was all excited!
A few weeks ago I had received a facebook message from an online shopping portal called BaoBae congratulating me on being selected as a ‘MMM’ and informed me that I would be receiving a gift hamper soon. While I was pleasantly surprised, I wasn’t sure whether this was just another marketing gimmick and while I do tend to put myself on a pedestal at times, being given the title of a MMM – ”Mighty Marvellous Mama” while quite elevating and at the same time unnerving, I wasn’t sure if I deserved it. So I contacted this lady who had sent me the message and we planned to meet up for coffee. There I learned more about the wonderful work that their small team was doing and the great plans that they had in mind. It is so delightful to meet people who are passionate about their work and so inspiring too.
I called out to my kids saying that something special has arrived for them. Normally it’s only on weekends when they have a go at their gadgets – PS3, Ipad all come alive then and nothing, no sound in the world can distract them from racing their car or shooting the pig, nothing except the sweet sound of the word “Gift!” They both came racing to me, and my husband watching over the proceedings, we started the unveiling process. First the carton was opened which revealed a pretty green coloured box sitting inside. 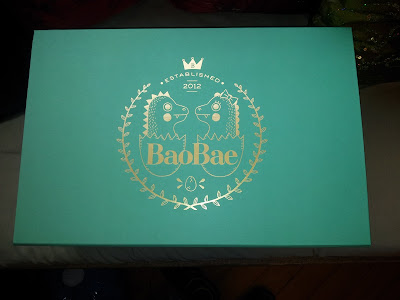 With a lot of excitement we opened the box, and we saw a brown colour dainty bag, it’s fastened ribbon holding all the surprises inside.

Slowly we started picking them out one by one, I did the job myself despite the small, eager arms wanting to pull and grab at everything. It was difficult to figure out which items were suitable for whom when suddenly my younger son’s attention was grabbed by a colourful dinosaur that he pulled out and claimed him as his own. Later we figured out that it was a musical toy to soothe a baby, I know how invaluable that could be for a new mother and I fell in love with its sweet melody.

I opened the other items, one by one, a hand cream, some spa products, an apron. While I was secretly pleased with my gifts, my elder son was starting to look worried by now. There were some t-shirts and a pair of shorts but none his size. Then suddenly he exclaimed “That could be my swim bag!” 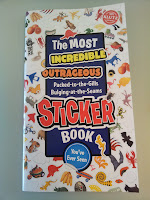 Relieved I continued opening the other stuff. What I liked best was the surprise element about this box wherein the recipient has to individually open each beautifully wrapped item which adds to his / her excitement, not to mention the sweet fragrance that permeates through the box. Among other things, we found a sticker book, a t-shirt with Albert Einstein in a unique pose both of which were lapped up by my elder son. Finally everything opened I took a few photographs. 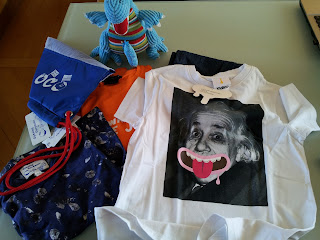 A big thank you to everyone at BaoBae. Like the meaning of the word BaoBae, I loved my ‘treasure’, specially the personalised card that you made for me. Wish you all the very best for your launch and thereafter. 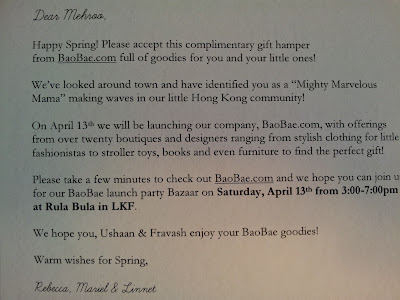 The ‘magical’ box now lies in my living room with the three of us taking turns in going and taking a peek every now and then.