Last Sunday I happened to be at a mini-rugby festival in Hong Kong. My elder son who has just started playing rugby was participating and we were all very excited to watch him play. This was our very first mini-rugby festival and despite the slight drizzle and the strong wind, I was surprised to see hundreds of children, parents and grandparents who had turned up for the event! Everything was picture-perfect. The little players running up and down their pitches, clutching their rugby balls and being tackled to the ground, the referees whistling, the coaches shouting encouragingly giving every child a chance to play and the parents busy clicking photographs on their mobile phones and SLRs. Nearby stalls were put up where siblings were kept busy with face painting, tattoos  hair styling, bouncy castles and what not! Everyone looked like a winner in their own right! 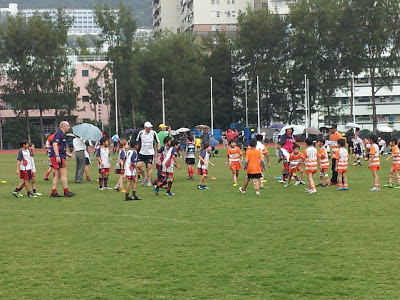 In the middle of this festive play and bonhomie, while I was watching a match, I heard someone shouting (something in Chinese). I turned around to see one of the rugby team coaches saying something out loud to the kids in his team. At first I just turned around and continued watching our match, but the coach’s booming voice was quite persistent, so I went up close to see what the issue was about. Apparently it wasn’t an issue at all, it was just the coach ‘instructing‘ the kids before the game and although I couldn’t understand a word of what he was saying, rather yelling, I just had to take one look at the children’s serious and sullen faces to make an estimated guess. There were two coaches in fact, one was louder than the other but both doing the job of demanding victory from these young kids, belittling one of them to drive home the point! The shocking part was that there were two parents sitting around as well who were watching this drama involving their kids but they looked completely unperturbed, so I guess it was an everyday affair and maybe this is just how they get coached! I shuddered when I tried placing my son in that team in my mind and I could not decide what would come first, my son breaking into tears or me clobbering the coach’s head!

Honestly I shouldn’t have been shocked as I experience the this ”normal” way of social interaction almost everyday. Whether it is at the wet market, in the buses, in taxis or just walking down the road – the lack of manners, the serious faces, the loud conversations on the mobile phone, all stem from the fact that most of these people have been brought up in this kind of a dominant environment right since childhood. It used to make me angry or at the very least upset with this kind of an attitude, but now I can only sympathise with them. I wonder if you have read the book Battle Hymn of the Tiger Mother by Amy Chua. By the end of the first chapter I was seething with fury at how anyone could ‘boast’ about mistreating her children….and get away with it! The mother in the book who also happens to be the author advocates the authoritative, strict upbringing to bring out the “best” in her children, uses the general term “Chinese parenting” and criticizes Western mothers for offering freedom and self-expression to their children, in her parlance ”spoiling” them. Well my purpose is not to write a critic for that book which has been under enough criticism already, my aim is to share my thoughts about this very sensitive subject – Is there any best parenting style?

Being born and brought up in Mumbai, India, I have gone through an Indian education system where similar to the Chinese education there is a tremendous pressure put on the child and subsequently on the parent. Here I think parenting style can make a big difference in the child’s life. So while I had to spend a significant part of my day bent over books, I was lucky to be given enough time for recreation and extra-curricular activities by my parents, and I was always a top-ranker in my class throughout school. I am not sure how many Indian children get that chance. From what I have seen, apparently the Chinese local system of education is quite similar and having spent some time in Hong Kong I have personally come across a couple of situations which made me stop and wonder. Do you know that while my 4-year old is busy painting and singing in his International pre-school and comes home “very tired” at noon; his peers, after finishing their morning school, are doing a second shift of afternoon local Chinese school? So while I am picking up my son from school, the other parents or helpers bring in a second set of uniform along with a packed lunch, hurriedly get the children to eat, change and be ready for the next school bus! When I asked a mum how do the children manage physically and mentally if they don’t get any free time for themselves?  She said of course they do get free time because when they come home at 4 pm they can ‘relax’ by playing the piano! Also unlike the International schools, local Chinese schools give out quite a bit of homework that the child has to finish everyday and some of them also do an additional Maths evening class! Don’t forget I am still talking about a 3 or 4 year old. ”Oh, they don’t need so much sleep”, a friend of mine was told when she questioned a mum about how she manages to make her child complete all the tasks in a single day.

When we had just arrived in Hong Kong and were trying to work out the extra curricular activities for the boys, I was looking for a nice swimming class in close proximity of my house. I found a local Chinese class and since they did speak some English and were offering a free trial, I thought of giving it a try. My son was not too happy when he saw that he was the only non-Chinese boy in the class and though I was told that the class is in English, I guess the coach was more comfortable speaking to his class in Cantonese, while he did use some very basic English for my son. That was still fine but he did not seem to want to know a new child better or make him comfortable and just asked my son to jump in and follow the rest. My son obviously wasn’t too sure what was expected and just followed the rest who were old timers. They were made to do continuous laps without a break, my son kept looking at his coach and me for assurance, when suddenly the coach asked them to stop, shouting out a barrage of instructions in Cantonese with a very quick basic English translation for my son who was now even more confused. The coach was not too happy that he looked confused and instead of making him understand the instructions, he just ordered him to get along with the group. In one instance he gave two boys a tap on the head to let them know that they were going wrong, one of them was my son! That was our first and last session with that club.

On the other hand, of course there are positives to this relentless hard-push, over-stimulation, this determination and dedication to compete and move on ahead. How else does China produce so many Olympic champions year after year?  How else do we see most individual competitions at school or inter-school level being won by Asian children? This reminds me of an incident a few years ago when my elder son was just 4 years old and was learning judo in a local Chinese environment. His teacher who was Chinese was excellent with the kids and my son loved going his judo class. After a few months, his teacher encouraged a few of them to take part in a local judo competition. We were very happy that our 4-year old son was taking part in a judo competition and we announced it to all our family and friends! On the day of the match, we took a little picnic basket to camp out and watch the matches since they were supposed to last the whole day. After the first few matches we realised that we were a ‘bit’ wrong in understanding what local judo matches were all about. Judo, whether played by a 3 or a 15 year old was a very competitive sport in this country. In a match against a local boy when my son happened to push him down, the boy started crying. His mother was shouting at him, berating him, asking him to get up and fight! She looked wild with fury and while my son, upset that he had made the little boy cry, did not attempt any further moves, the other boy got up and pinned mine down to win the match, leaving me gaping!

I used to get quite perturbed initially with the dedication of these parents and children – how hard they worked with dogged determination. Watching all these kids bag the prizes I would wonder if I was on the wrong track of parenting? After all, we would all want our children to excel, bring home those medals and fancy awards and achieve fame. This made me have more conversations with myself and with other mums, to understand their viewpoints about ”good parenting”, and to know and analyse where I stood. So far this is what I have concluded of course with inputs from my husband. The test of being a good parent according to us is to raise a good human being and success is bound to follow! Given below are some of the things that we aspire our kids to be:

* Become good, moral human beings – someone their family and friends can approach with full faith and trust.
* Show love, humility and respect to all – build strong relationships based on these values.
* Be motivated and dedicated to their field of work – Hard work will lead to success and fame and yet keep them rooted to the ground.
* Know and adhere to our traditions, our culture, our family values – this becomes more important as we live outside our country.

Indians, Chinese, Korean, Western — the more I dwell on it, the more I feel that sometimes we all try and hide under this ”cultural” cover. Yes there would be some cultural similarities and advantages and disadvantages. But at the end of the day, we are all individual parents, raised in different backgrounds, under different circumstances, empowered to select our own parenting style in raising our children in any part of the world. Do we want to give them the same upbringing as ourselves or do we want to break free from the shackles of the past? Do we want to prove a point to our society by bringing up a champion, or do we want our children to just be children and enjoy each moment of their childhood? 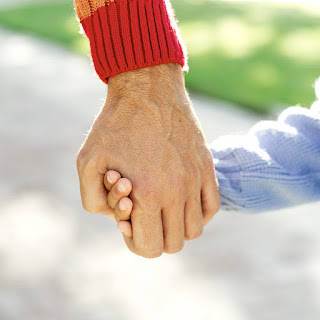 I must end here giving this very apt quote on parenting.

There are only two lasting bequests we can hope to give our children. One of these is roots, the other, wings – Hodding Carter

Have I made you think? Would love to hear your views on this very debatable topic.