This photograph was taken during a water ride at Chimelong Paradise in Guangzhou, China. 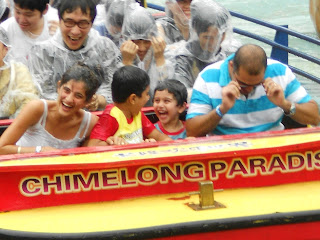 While the photograph looks like so much fun as you can make out from our ecstatic faces, I wonder if you can detect an element of shock or surprise as well?

It started like this – we were standing in a long queue for this ride named Shoot the Chute and while we were awaiting our turn, we noticed that most people were buying this ‘optional’ disposable raincoat at an extra charge to sit in the ride. Now we have had our fair share of water rides in different theme parks around the world, and while they do splash you with a little water not much damage is done. In fact I remember sitting in a water ride in Legoland, England and despite the chilly temperature just a handful of people were opting to buy the optional raincoat. We did get splashed a little bit but nothing that we couldn’t handle despite the chill. So when we saw all these Chinese people buying raincoats in this hot, humid weather, we just laughed at their foolishness and shook our heads in disbelief! Besides who would want to pay for something that had to be thrown away after exactly five minutes? But as we progressed in the queue we saw that not most but ALL the people in the queue had bought and were wearing these raincoats. So just to double check we took a look at the people coming out from the ride to see if they were wet and both my husband and I concluded that while their faces were a bit moist the raincoats seemed mostly dry (a conclusion that I pondered much over after we finished with our ride).

Anyway it was our turn at last and since we happened to the first ones in the queue we got to choose our seats. I would have opted for something in the centre since I am not a big fan of these kind of rides, but I was vetoed out by my family who wanted to sit right at the front. We all sat down excitedly and were soon on our way to the big drop into the water. I had my eyes tight shut which was quite usual for me in such rides and I prepared myself for the fall holding on tight to my son. A split second later the deed was done! Not only were we ‘splashed’ but we were drenched, thoroughly, completely, with not an inch left dry!

The photograph was taken by my father-in-law just at that ‘glorious’ moment and he has beautifully captured our emotions. Post all the excitement and euforia however I was quite grumpy as my soaking wet body demanded fresh, dry clothes and since we had started late I was worried that we would now lose more time in getting changed if we went back to the hotel. After some deliberation we decided to just buy ‘Chimelong’ clothes from the park and there was a mad scramble as we went from one shop to another looking for our sizes. I think this whole drama lasted for an hour and while we picked up new clothes for my sons and myself, my husband gave up on finding his XL size and just continued wearing his own clothes.

So there I am in my new shining new armour ready to take-on the next ride (as long as there was no water involved!) 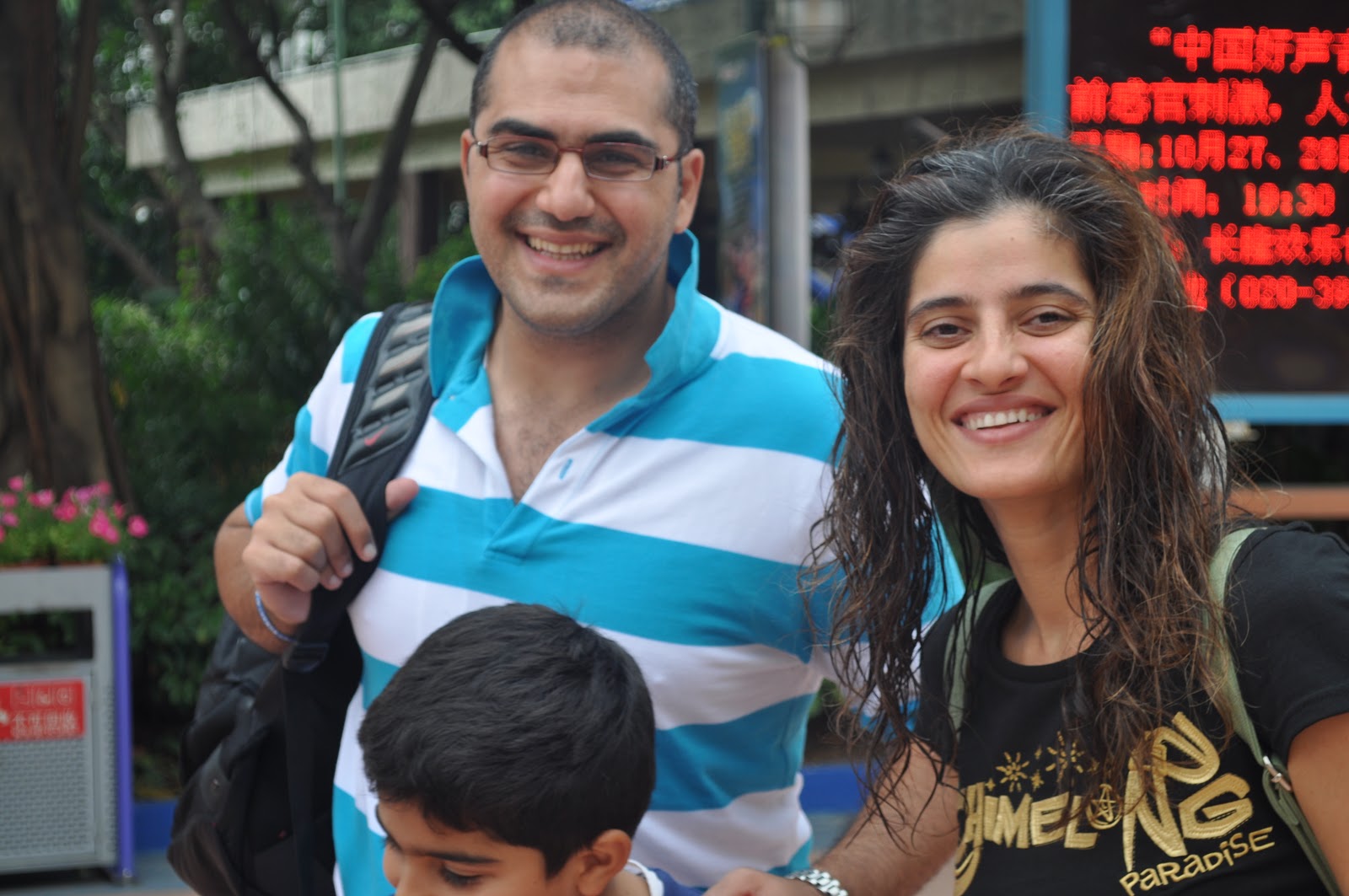 Here is a link of the Shoot the Chute ride on youtube.
http://www.youtube.com/watch?v=qxiul-kD4sc&feature=relmfu