It is Sunday morning, 9:25 am. We have just reached Kowloon Technical school for the Hong Kong Junior Chess Championship where my 9-year old son is taking part. We quickly walk up the stairs and go to the registration desk only to be told that we are late and that my son has missed his first game! A wave of disappointment crashes over me as I see my son’s dejected head fall down. Why couldn’t we leave home earlier….why didn’t we just take a taxi….why did I let this happen…… And so it started all over again, the familiar feeling of guilt taking over my mind and body.
I woke up at 6:30 am today, no mean feat since we had a late last night at a friend’s place. But I wanted to be up and ready quickly since I also had to prepare breakfast for the boys and carry a packed lunch. To my surprise my son had also woken up by then and I was happy that we didn’t have to go through the usual tug and pull wake up system. Needless to mention we both were ready before our scheduled time of departure which I had planned at 8:00 am for his 9:00 o’clock game, since I liked having some buffer time specially if we are travelling by bus. However, a few spare moments and the lure of his weekend luxury of playing the PS3 was too much for him to ignore and for me to make a fuss about, so I let him play for a bit. After finishing all my jobs I gave him a small reminder at 7:55 that it was time to make a move, when he casually mentioned that his teacher had informed them that the first game only starts at 9:30 and while it was good to be there by 9:00 we would just have to end up waiting. Now normally I would argue and insist that we still reach on the given time, but knowing that it was going to be a long day ahead, since the competition lasts all the way into the evening, I relented and agreed to leaving a few minutes late. Besides I wanted to have the luxury of having a cup of undisturbed coffee! The minutes ticked by and I started getting fidgety asking my son to switch of his PS3 so that we could get going. “Just 3 more minutes, I am just about to finish….oh please 4 minutes more Mummy and I promise to get up…..” And it went on. By the time we finally got down we saw our bus just pass away! Now we had to wait for the next one which was a good 15 minutes away. But I wasn’t fretting since I knew we would still reach before 9:30, on time for our first game or so we thought.
Of late I keep questioning myself about the need to start changing my parenting technique with my 9-year old and I constantly chat with similar placed mums about this subject. Giving constant reminders whether it is for time management, to keep the room tidy or to not use the ‘new’ language that they have learnt in school, just does NOT seem to work! Plus they are moving fast into the I know it better than you zone. There is a tug between doing what we think is good for them and they wanting to do what they know is best for them! The moments, when we have to take a deep sigh and step back, are increasing at a steady rate. As a mother it isn’t easy to watch our children stumble and fall and it’s only natural that we try and protect them, which sometimes is treated as interference. The trouble is, this is just the beginning.
“I think Western kids are lucky.” Says my son to me one day “Their parents are not so bossy! They let them do what they like.” The hard and straight lines of discipline drawn by our parents and their parents before that, were something that we never dared to cross or question as kids. In an increasingly international environment these lines seem to be getting blurred. Children observe each other, they imitate, they learn and they even make decisions for themselves. It is alarming to see a steady increase in the number of mobile phones being handed out to kids as young as 9 or 10! Yes they can be contacted easily but that means that they are being allowed to travel by themselves. And it could be the same child who would need a reminder to pack his bag and finish his home work …are they really ready for a phone?
Coming back to this morning my son had 3 wins out of 6 games and if he had played and won the first game he could have qualified for the cup. But he didn’t seem to mind too much, and I realised that it was now time for me to let go, bit by bit, one finger at a time. It is painful, very painful to let go of that hand that once clutched yours so tight and yet is naturally losing its grip now, and before that hand leaves yours completely, let go. For in this letting-go there is a learning for both of us. For him, to be able to use his judgement, his upbringing, his values in making the right choices and then accepting the consequences, and for me just to be able to learn this new art – let go. 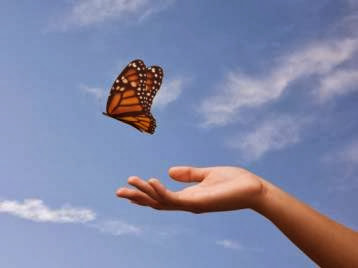 No one needs to know that there will always be someone right behind him, praying, observing and ready to hold him and to ease the inevitable stumbles along the way.