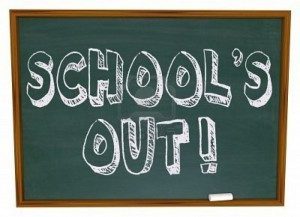 This morning when I took my 4-year old to his pre-school I didn’t feel like leaving…so I sat there for some time watching him get engrossed with his surroundings, playing with his friends – the same children who were complete strangers to him six months ago. I can hear him share stories with them, showing off his ‘show and tell’ toy, laughing along with them, forgetting that his mum was still in the class. Is this the same boy who bawled during his early days at the nursery in England…who was too timid talk to anyone…. whose only friend in class was his teacher – Ms. Clementina? Seems like yesterday when he got such a lovely farewell from that nursery before we moved to Hong Kong. Everyday when we walk back home from school he does his ‘skipping-hopping’ kind of carefree walk that I try to imitate realising how very ‘adult’ I have become. He tries to catch butterflies or hunt for ants, he loves staring at the wheels of a bus and sometimes observing how the doors of a bus opens and shuts, but the best thing he loves is running down the slopes at full speed leaving his mum’s heart fluttering and lips praying that he doesn’t fall.  His constant banter, his zest for life, his bouts of crankiness – has continued term after term …. and now….so soon….yet another term is over…not just the term, the school year is over and he moves up one more class in his pre-school in September!

I also think about my elder son’s first day in his new Primary school all those years ago. All of 5 he was looking so big and yet so small dressed in his grey and white uniform, holding his school bag and wearing a big smile on his face. We were called in small batches on the first day so that the teacher could get to know them better and something that I felt very thankful for. When his group was called, he stepped forward confidently and went across to meet his new teacher. Then he looked behind and gave me a big smile as if consoling me that all was ok instead of the other way round, causing a blur of tears in my eyes. Another mum next to me was crying openly. The teacher, a very nice English lady, introduced herself and asked the kids to follow her to the class in a single file. When I saw my son walking away I couldn’t help feeling a mixture of pride and concern, as if I wanted him to go and yet hold him back. My little big boy all by himself! He is 8 years old now and I can’t believe he would be moving on to Year 4 soon….he has had to change 5 schools and 3 countries so far thanks to our ‘nomadic’ status and every single time my son does an amazing job of settling in quickly, making new friends and just getting on with life.

End of school year is an exciting time for both mums and children as they look forward to a long summer holiday together. Plans are made, dates are finalised and flights are booked. Those who are staying behind make numerous playdate appointments! End of year also means having the children home 24×7, and to compensate there are endless coffee morning sessions for mums just before the holiday starts. Most of the excited chatter at these mornings is about how we would have to give up our pilates or our yoga sessions and stay at home to cook all the time and how we would entertain the kids……… till the topic shifts to the holiday plans when everyone has something to share about where they are going or what they would be doing.